A Word from Harold Westbrook, CEO of Mob Armor
What we're doing to support those escaping conflict in the Middle East

As a majority veteran-owned company, whose members served overseas during the Vietnam conflict, we are very much concerned for the safety and wellbeing of the American citizens, the Afghan interpreters, their families and those who have helped the United States in the war against the Taliban and terrorism in Afghanistan for the last 20 years.

It is completely unacceptable to us that any of these people should be left behind (fighting for flights at the Hamid Karzai International Airport) as we pull out of the country have made promises to the Afghan people that we would take care of them and evacuate them when we left. It is a moral obligation to do so.

Putting the politics of this chaotic withdrawal aside, we intend to help fund organizations that are now and will continue to evacuate every citizen and all Afghan personnel that relied on our promises to take them with us as we departed Afghanistan.

We invite everyone to do the same. Now is the time to step up. There is a big and dangerous job to do but we made promises which must be kept. That is who we are as Americans.

If you are able, please consider joining us in making a donation to No One Left Behind, an organization dedicated to keeping the United States promise to support our friends and allies overseas that have risked their lives to protect our country for many years.

From their website:
"We keep our nation’s promise by trying to fix the State Department’s 14-step SIV process with its 3.5 year wait time and by providing emergency financial aid and used vehicles to newly-arrived interpreters. Last year we helped 636 SIV families in 93 cities in 20 states with over $430,000, but for every family we could help, we had 4 more waiting." 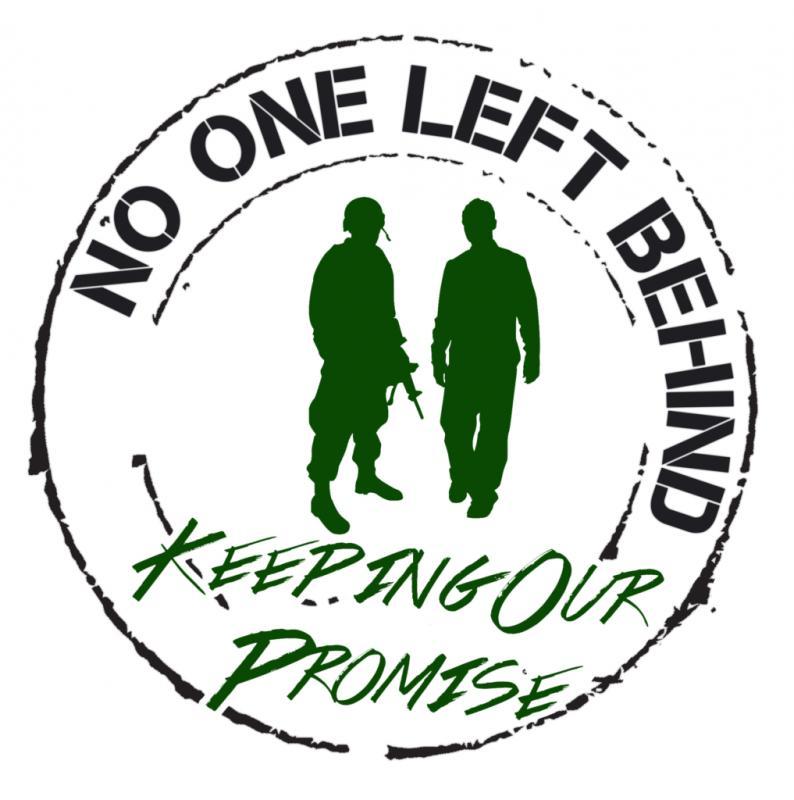 If you would like to learn more or make a donation, you can visit their website below.